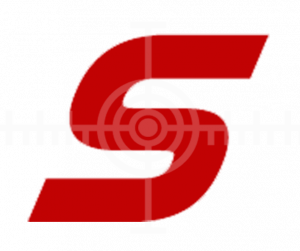 Back in 1992, Mark Stoller was working at the fish counter of a grocery store. But he had bigger dreams. He wanted to marry his passion for the game of pool with his entrepreneurial drive and pursue a dream. It was then that his brainchild, Stealth Cues, was born.

For the first two years of his new venture, Mark traveled, meeting and learning from the pool greats of the 1940s, ‘50s, and ‘60s. He was lucky enough to have many of them as mentors, and he soaked up as much knowledge from them as he could about industry terms and how to design cues. His ambition was to become a flare designer, and he did it — much to the confusion of players and other cue manufacturers. In fact, he was one of the first people to manufacture and market pink and purple cues with full illustration graphics. At first, the industry thought Mark was a little off his rocker, but eventually, they become accustomed to Mark’s forward-thinking style, making his unique and colorful cues a standout among a sea of sameness.

Since the launch of Stealth Cues more than 28 years ago, Mark and his cues have made appearances at more than 125 tradeshows and tournaments. He now has exceeded 225 unique designs, and he has no intention of stopping.

“I want to live up to the Stealth name and be innovative, different,” says Mark. So different, it seems, that he’s ahead of the technology curve. “About 60% of the designs I dream up can’t be created by manufacturers because they’re too complex, technical, or expensive. I’m just waiting for technology to catch up!”

Mark is the proud holder of 5 US patents and has acquired more than 15 art licenses and 3 incontestable trademarks, with 2 trademarks pending.

But more than all of the accolades, Mark is most touched by the people he’s met and the joy his cues have been able to give to those who have received them. As presents for pros or starting hobbies for children, Stealth Cues’ unique cues have become more than just a way to play pool; they are treasured mementos.

Mark looks forward to remaining at the forefront of the industry, testing the boundaries and building on the friendships he’s acquired in the last 22 years. As far as he’s concerned, Stealth Cues is just getting started.

Get to know Us